Things and Stuff is a grab-bag of things that've been on my mind this week. In this edition: secrets, Instagram, endings, UV16, Pixar

Thing 1: [redacted]
I am a woman of many secrets at the moment.

In no particular order (ie not the order I listed them above, ooh I'm sneaky): 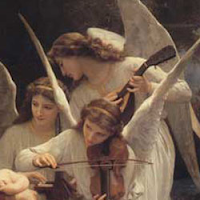 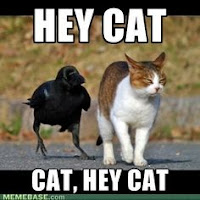 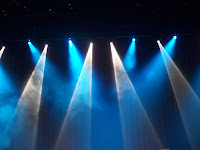 Thing 2: I hadn't actually logged on to Instagram in about three years
But now I have! I am rosiejbest over there and am using If This Then That (which is mostly working) to repost pics to Twitter and Facebook so now you can enjoy pictures of my cats in triplicate all over your internet. You are welcome.


Thing 3: these two articles about lesbian and bisexual women on television
Warning: this one is a little depressing, especially if you are LGBTQ and you like television. It's also inherently spoilery, so don't click if you're averse to hearing about character death. Lots and lots of character death.

In response to yet another dead lesbian on TV recently, Autostraddle compiled these two lists: 29 TV lesbians who got happy endings and 143 TV lesbians who were killed off.

I was talking to a straight friend who was thinking about writing a lesbian romance just the other month. She asked me for advice. My one and only piece of serious advice: please, whatever you do, don't kill off your lesbians. She seemed surprised that this was a Thing. So let me just put this out there for anyone else who may have missed this: Bury Your Gays IS A THING.

By the current Autostraddle reckoning (though they keep updating it, both numbers have been going up) I'm going to need about a hundred more happy endings before I'll accept another death without major side-eye.

Get on that, TV writers.

Thing 4: Undiscovered Voices 2016
Another SCBWI Undiscovered Voices anthology has just been released, hopefully launching the careers of another twelve writers and nine illustrators! I know we have agent news from at least four of the writers, and the winning illustrations were featured on the Guardian website.

Congratulations to all the winners, all the longlisters, and all the organisers - it was another brilliant year for undiscovered talent, here's hoping that you all get discovered very soon if you haven't been already! I know there are several of these books I am dying to read.

You can read the anthology here, and get your fix of news from the #UV2016 hashtag on Twitter!

Thing 5: this Pixar short made me cry, twice